What do physio’s, chiros do for a Chronic Back Pain Sufferer.

What type of care do you need?

As someone who suffered from severe back pain, that affected the lower and upper back, I had a mixed experience seeing countless physio’s and chiropractors.

Some practitioners I saw provided short term relief, others none at all making me question what I was doing wasting my time and money.

After I initially injured my lower back, I was sent for x-rays and MRI’s which showed 2 herniated discs and 1 ruptured disc.

Initial physio 3 times a week incorporated the Mckenzie technique which was aimed at restoring the herniated disc to its place by carrying out repetitive back extension exercises (arching of the back). The theory being that due to having a posterior disc bulge, thought to be brought about through repetitive flexion of the spine (forward bending),  repetitive movement in the opposite direction would encourage the disc to restore to its midline position between vertebrae.

After 3 months of constant physio, and religious discipline in carrying out the Mckenzie technique, my condition had only worsened.

When you have back pain, everyone has their guru to go and see. Someone who has helped them, or a friend/ relative. I took one of the many ‘helpful’ advice and decided to see a chiropractor, a leading practitioner in the industry. One of my lecturers in my health science course worked at this Chiropractor's clinic and raved about the success he was having with his patients.

My initial consult was insightful, it contradicted much of what I had been told by the physio I saw in the reason why I had my back pain, and what needed to be done to eradicate it. This at first was refreshing, as after 3 months of religiously following the physio’s advice, I was very disenchanted with physiotherapy.  I felt better after my first session, and held strong hope that I had found the practitioner who could finally fix me. However the pain relief was short lived, and the pattern continued with each following session. I felt great in the initial hours after the adjustments/ manipulations, only for my back pain to return soon after. I was told that my spine was not aligned and that with each adjustment my spine would become straighter. I persevered with the chiropractic treatment for 3 months, only to find the same pattern continue. No change to my pain levels and ability to participate in sport.

Over a 4 year period I tried many other chiros and physio’s in a desperate attempt to find someone who could help fix my back pain. With all of the Chiropractors and osteopaths I saw who used spine and joint manipulations to treat my back pain, the exact pattern occurred, short term relief only for the pain to return.  The majority of physiotherapists that I saw did little more than place a heat pack on my back, carry out ultrasound, and prescribe extremely passive exercises that did nothing to improve my pain levels of freedom of movement. I did however find a few sports physiotherapists who used a mobilisation technique of the spine, that provided instant relief and increase in range of movement. I found intense grade 3 mobilisation was the most effective technique in freeing my body and restoring movement. The relief was much longer that manipulations, however as soon as I ran, stood for too long, the pain and lack of movement returned once again. Whilst I found this technique the best of all used by physiotherapists or chiropractors, once again it was not lasting and not a cure to my back pain. On top of this, I found it difficult to find sports therapists who were willing to do this technique, and of the ones who did, very few had the strength to carry out the technique effectively.

After finally finding a permanent solution to fixing my own back through a unique range of neuromuscular strengthening exercises, my thoughts on physiotherapy and chiropractic for chronic back pain sufferers is as follows:

The techniques engaged in these modalities address purely the symptoms, not the cause of long term chronic back pain. The same goes for massage, myotherapy, osteotherapy and acupuncture. It is not a criticism of the many great people who were physios and chiros who did everything they could to try and help me. It is purely that these modalities work great for acute, short term back pain where the concern is purely tension that has built up. The tension releases with their techniques and the patient feels better.

For chronic back pain sufferers, weaknesses, and compensatory patterns are the underlying cause, and my experience was that very little if anything was done to address this.

If you are suffering from chronic back pain and not responding to physiotherapy or chiropractic care, search for a practitioner who specialises in addressing postural imbalances and has a proven track record in helping people just like you. 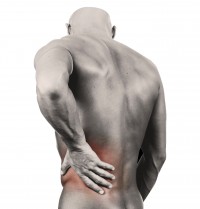